Page 4 - Indeed every thing here, and all their treatment of me, made me forget that I was a slave. The language of these people resembled ours so nearly, that we understood each other perfectly. They had also the very same customs as we. There were likewise slaves daily to attend us, while my young master and I, with other boys, sported with our darts and bows and arrows, as I had been used to do at home.
Cité dans 39 livres de 1837 ŕ 2008
Page 4 - I was trained up from my earliest years in the art of war. My daily exercise was shooting and throwing javelins; and my mother adorned me with emblems, after the manner of our greatest warriors.
Cité dans 43 livres de 1837 ŕ 2008

ANDREW LEIBS is a noted expert on sports and disability. He is the author of A Field Guide for the Sight-Impaired Reader and is editor of Greenwood's Sports & Games through History series. Sports & Games of the Renaissance is his second book. The National Sportscasters and Sportswriters Association named Leibs New Hampshire Sportswriter of the Year in 1997 for his work at the Manchester Union Leader. He has written on sports and disability for numerous publications, including the Boston Globe and the San Francisco Examiner and has presented at national conferences. He lives in Portsmouth, New Hampshire. 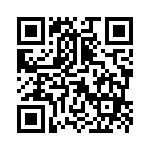