John Stratton Hawley is Professor and Chair of the Department of Religion at Barnard College, and Director of the South Asian Institute at Columbia University. He is the editor of Songs of the Saints of India (Oxford, 1988) and Fundamentalism and Gender (Oxford, 1993), as well as numerous other
books on Indian religion and literature. 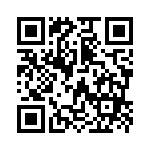