Hugh Kennedy is Professor of Arabic at SOAS, University of London. His previous publications include The Armies of the Caliphs. Military and Society in the Early Islamic State (2001), The Great Arab Conquests. How the Spread of Islam Changed the World We Live In (2007) and (as editor) Warfare and Poetry in the Middle East (2013). 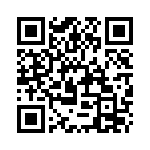