A brief yet insightful introduction to Moorish Spain, from the invasion in A.D. 711 by Berbers crossing the Straits of Gibraltar to the expulsion in 1614 of 300,000 Moslems by Philip III. Fletcher ... Consulter l'avis complet

Textbook history textbook style. Fairly even-handed for an account from the Western European side of things, it dispels some persistent myths about the Reconquest and places Moorish Spain at the heart ... Consulter l'avis complet

Richard Fletcher was educated at Harrow and Worcester College, Oxford. He was formerly a Professor of History at the University of York. His book, the Quest for El Cid, won the Wolfson Prize for History and the Los Angeles Times Book Award, and has been translated into Spanish, Italian, German and Japanese. His other books include The Conversion of Europe: From Paganism to Christianity 371-1386 AD (1997) and, in partnership with Simon Barton, The World of El Cid: Chronicles of the Spanish Reconquest (2000). Richard Fletcher died in 2005. 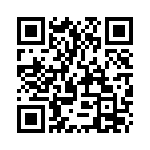