Page 14 - ... and you must be in some considerable town to find four or five of them, for in other places there are none, no more than there are forks. They have only a cup in the house ; and if the mule-drivers get first hold of it, which commonly happens, if they please (for they are served with more respect than those whom they bring), you must stay patiently till they have done with it or drink out of an earthen pitcher.
Cité dans 9 livres de 1834 ŕ 2004
Page 15 - ... I think there cannot be a better representation of Hell than these sort of kitchens and the persons in them ; for not to speak of this horrible smoke, which blinds and chokes one, there are a dozen of men and as many women blacker than devils, nasty and stinking like swine, and clad like beggars. There are always some of 'em impudently grating on a sorry guitar, and singing like a cat a-roa sting. The women have all of 'em their hair about their ears, and you would take 'em for Bedlamites ; they...
Cité dans 5 livres de 1930 ŕ 2004
Plus
Page 13 - ... go up is very strait, and does rather resemble a sorry ladder. La Seignora de la Casa receives you with her gown tucked up and her dangling sleeves ; she takes time to put on her Sunday clothes while you get out of your litter, and she never omits this, for they are all very poor and vainglorious. You are showed a chamber whose walls are white enough, hung with a thousand little scurvy pictures of saints...
Cité dans 5 livres de 1930 ŕ 2004
Moins

James M. Anderson is Professor Emeritus of the University of Calgary, Canada. He has spent many years in Spain and Portugal both as a Fulbright Scholar and as the recipient of Canada Council and SSHRC grants, contributing numerous articles and books to the field of Iberian studies. He is author of eleven books, including The History of Portugal (Greenwood, 2000). 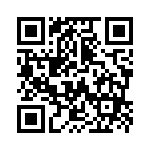