Fred Levin is Associate Professor of Clinical Psychiatry, Feinberg School of Medicine, Northwestern University, Chicago and Evanston, Illinois. He is a member of the International Psychoanalytic Association; the American Psychoanalytic Association; the American Psychiatric Association (life fellow); American College of Psychoanalysts (honorary organization, Past President, and fellow) and several other organizations in Europe and Japan. He has contributed to nearly 100 publications and written a number of books, including 'Mapping the Mind', 'Psyche and Brain: The Biology of Talking Cures' and 'Emotion and the Psychodynamics of the Cerebellum: A Neuro-Psychoanalytic Analysis and Synthesis'. 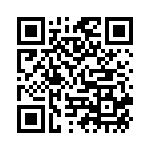